Find Your Winning Moves When the Stakes Are High

When the stakes are highest, how can you be at your best? How do you master the moment, generate options, and quickly evaluate them before acting? Discover MOVE, an innovative new framework which equips you to slow down high-stakes situations before they speed you up. 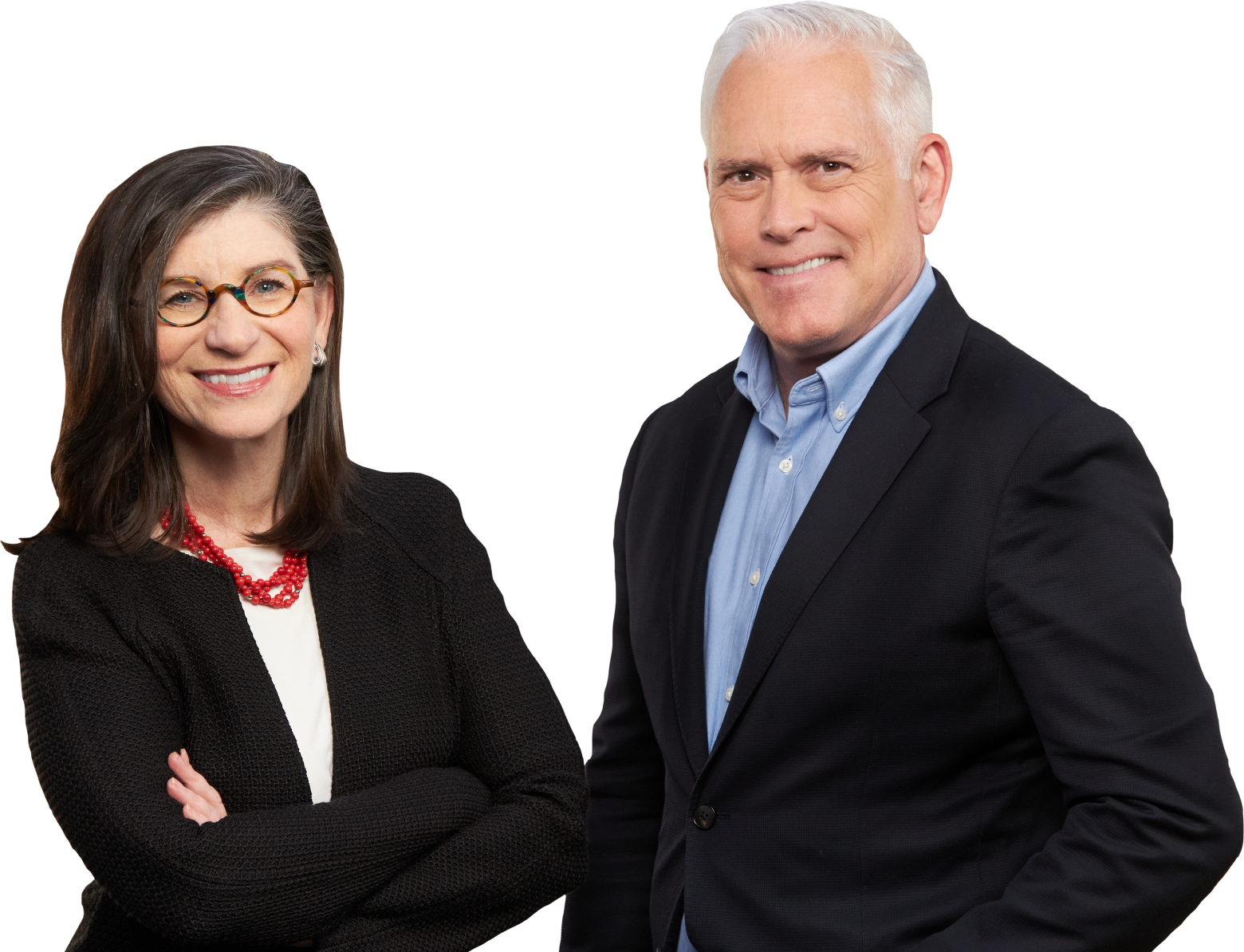 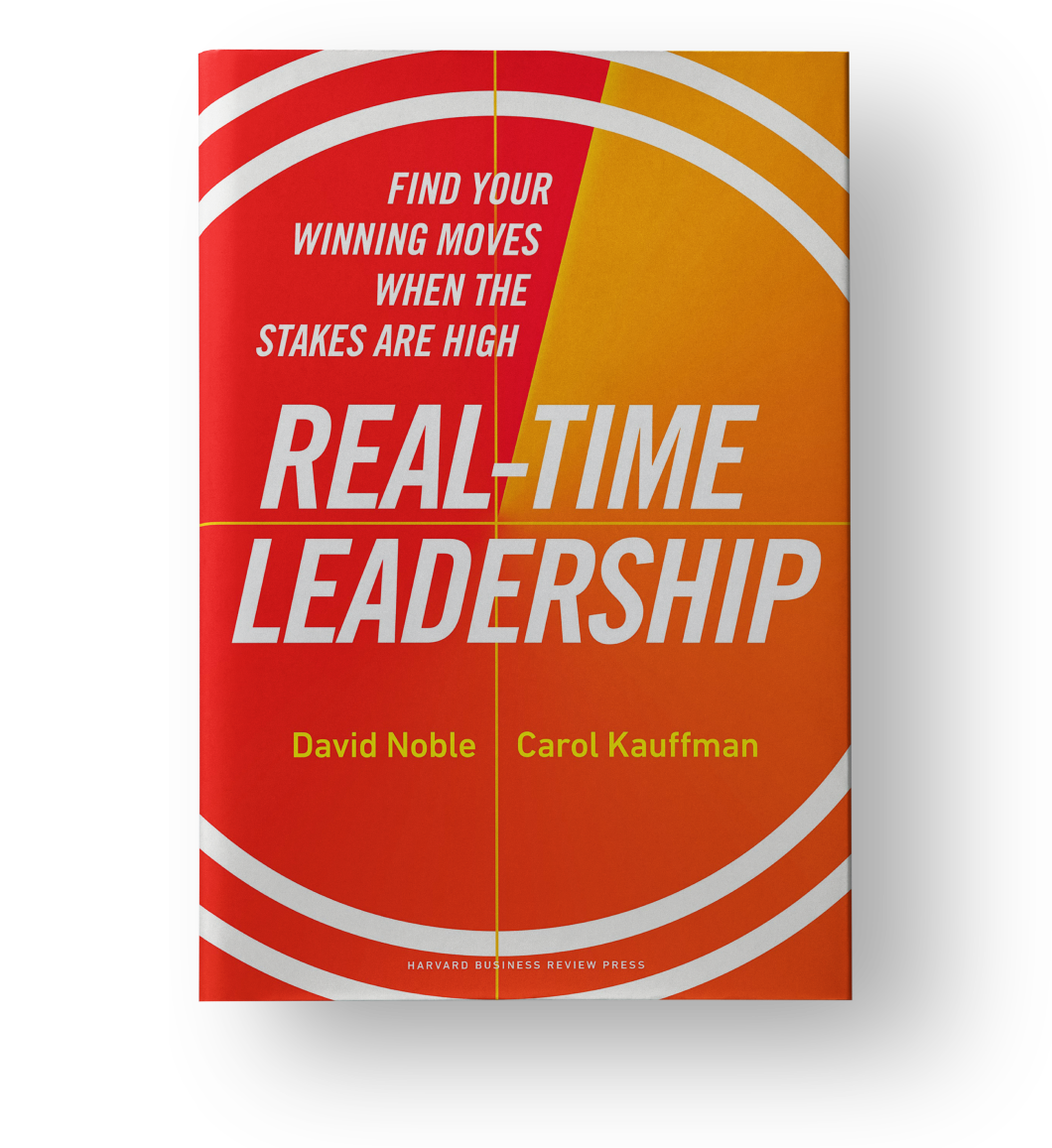 The best leaders, in the biggest moments, know how to read the situation, respond in the best way possible, and move forward. You can too.

The hardest part of leadership is mastering the inevitable high-risk, high-stakes challenges you will face. Whether you’re making a split-second decision when your business is hit sideways or finding the best strategy to navigate business-critical long-term circumstances, how can you be at your best in the most crucial moments?

It starts with overcoming your leadership reflexes and reactions to find the optimal response to any situation, which you can learn to do. Leadership coaching legends David Noble and Carol Kauffman show you how with their innovative new framework—MOVE—which equips you to slow down high-stakes situations before they speed you up. You’ll learn to master the moment, generate options, and quickly evaluate them before acting. As you get better and better using the framework, you’ll find you can recognize these moments as they arrive, like a great quarterback who can read defenses at the line of scrimmage, or a great conductor who anticipates what’s needed to deliver a great performance.

Noble and Kauffman are a dream team who bring decades of experience coaching thousands of leaders, along with a deep base of research, to show why their unique 2-on-1 coaching method works and how it’s done. The framework comes to life through the personal stories of real leaders dealing with their own crucible moments. It’s a compelling and demystifying look at how leadership coaching delivers results.

When the stakes are highest, how can you be at your best? Start by learning this powerful and innovative framework so that you can read and respond—and keep moving forward.

“David and Carol are among the world’s greatest leadership coaches…”

“David and Carol are among the world’s greatest leadership coaches. The book isn’t just about being successful—it is about becoming an extraordinary leader and human being. The MOVE framework has been very helpful to me in my own coaching practice and in my own life.”

“A wise and practical book, Real-Time Leadership reports on the insights…”

“A wise and practical book, Real-Time Leadership reports on the insights of two extremely experienced coaches who can help you navigate the challenges ahead. Their MOVE framework is a very useful way to think about leading in times of immense uncertainty.”

“David and Carol beautifully illustrate how to become a…”

“David and Carol beautifully illustrate how to become a successful change maker in all situations. I will keep referring back to this book as I continue to evolve as a person and as a leader.”

“In Real Time Leadership, Carol and David not only helped me…”

“In Real Time Leadership, Carol and David not only helped me better prepare for unexpected and/or complex leadership situations, but also helped me understand why I have acted the way I have in the past. It is a great guide to help one continuously grow as a leader in an everchanging world.”

“Working with David and Carol opened my eyes. I saw leadership in a new way.”

“David and Carol have something fresh and invaluable to say about…”

“David and Carol have something fresh and invaluable to say about leadership today that will resonate for years. Any current or future leader would greatly benefit from adding this book to their list of allies as they aspire to accelerate their personal growth journey.”

“This book is amazing. And the timing cannot be better. The tools are exactly what…”

CEO of ON Semiconductor

“This book is amazing. And the timing cannot be better. The tools are exactly what any current or aspiring leader needs, not only CEOs, to be ready for what is yet to come. Ready with a dynamic real-time response to whatever the world throws at us. I apply MOVE to my own continuous development. I still have the 5C’s carved in a wood plank on my desk. I use and practice them every day!”

CEO of ON Semiconductor

David and Carol sit down with leadership pioneer Marshall Goldsmith to discuss how to make your leadership count in every single moment. Provide your email to access the exclusive training video.

David Noble is the founder of VIEW Advisors, a consulting firm that works globally with CEO’s, their teams, CXO’s, Boards of Directors, investors and star athletes on leadership and strategy.

David Noble is the founder of VIEW Advisors, a consulting firm that works globally with CEO’s, their teams, CXO’s, Boards of Directors, investors and star athletes on leadership and strategy.

He also serves as a senior advisor to Egon Zehnder, the Institute of Coaching, and Oliver Wyman Group and was previously on the management advisory board of TowerBrook Capital Partners, the first B Corp private equity fund. In 2021, David was named by Thinkers 50 as one of the world’s top coaches and is a member of the Marshall Goldsmith MG-100 group of leaders and coaches.

David brings a rare combination of leadership, strategic, and operating lenses to his advisory work based on over three decades of experience as an operating executive as well as a consultant to senior leaders. He has been a senior executive at RBC and Morgan Stanley, two of the world’s best run financial institutions, holding positions as varied as a head of strategy, assistant chief economist, corporate banker, and CEO of the world’s first digital retail bank, as well as head of the world’s first digital brokerage. He also subsequently spent several years on the executive committees at two global strategy consultancies: as a global practice leader at Kearney and as head of Asia Pacific at Oliver Wyman.

David is married and is based in Miami Beach FL where he loves to swim as often as possible and Hudson NY where he tends to his vegetables, berries, and orchard. He is also active in the not for profit world, supporting the arts and environmental advocacy and land preservation.

Carol Kauffman is an international leader in the field of coaching, an assistant professor at Harvard Medical School, a visiting professor at Henley Business School, and a senior leadership adviser at Egon Zehnder.

Carol Kauffman is an international leader in the field of coaching, an assistant professor at Harvard Medical School, a visiting professor at Henley Business School, and a senior leadership adviser at Egon Zehnder.

At Harvard she launched the annual Coaching in Leadership and Healthcare Conference, one of the most highly attended events at HMS. Her professional development program, Leader as Coach, won Harvard’s inaugural Program Award for Culture of Excellence in Mentoring and has been rolled out throughout the United States. She was also the founding editor in chief of Coaching: An International Journal of Theory, Research and Practice, the first peer-reviewed coaching journal published by a major house.

Carol’s unparalleled expertise in the art and science of coaching combines uniquely with her business savvy, high energy, and appreciation for the absurd. It is easy for Carol to speak the truth to the powerful in a way they find intriguing, informative, and enjoyable. She brings this energy to her keynote addresses, master classes, and town halls, which are high-impact and memorable.

Carol is married with two children and based outside of Boston. She and her husband love prehistoric art, safaris, and anthropology and travel the world to follow their diverse interests.

available wherever books are sold